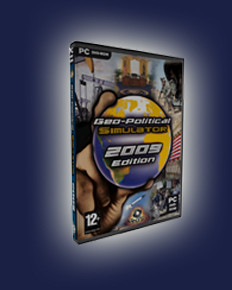 [Price in €] Geo-Political Simulator is an economic and geopolitical simulation game for PC. Players become the head of government of a country they select, and may control all the activities: economy, social issues, the military, interior policy, etc...